The Telephone Guy is a Hampton Roads business started by Chuck Hartman, former New York Telephone/NYNEX systems installer and then Bell Atlantic technician who serviced and managed telecom projects for businesses locally for over 20 years. The Telephone Guy was started in 1998 as an internet resource and expanded in 2002 as a service company. We are certified on Nortel Meridian and Norstar equipment, including voice mail and applications; we are also experienced in the Avaya product line, including the IP Office. We sell and service both, and can pre-wire your office for voice and data, making us a 1 stop shop. 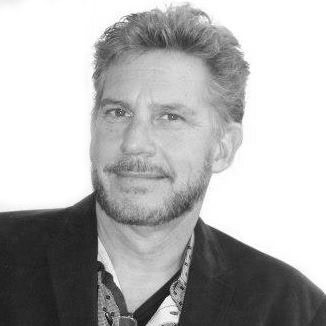 Chuck’s experience:
Chuck spent 4 years in the navy, including 2 onboard the USS America (CV-66). He received extensive electronics training and worked on radar systems. After he completed his service, he worked for Norden Systems in Melville New York, on radar systems.

When AT&T was broken up in 1984, he jumped at the chance to work for New York Telephone, now NYNEX, where he became a PBX technician and serviced the largest sites in New York City such as the NYPD and the Brooklyn District Attorney’s office. In 1988 he left New York and moved to Virginia Beach and resumed working with Bell Atlantic, and he became certified in the Nortel Networks product lines, from the Norstar through the Option 81C, their largest PBX.

In 1997, Bell Atlantic spun off the business telecom unit to Williams Communications Solutions. In 1999 he was chosen as Operations Manager for the Hampton Roads area; however in 2002, Williams was sold to Platinum Equity, a tech company chop shop, and management ranks were cut. Chuck was out of work but then began providing services in response to customer requests.

In 2005 he added the Avaya product lines, including the Partner ACS and the IP Office. In 2006 Chuck graduated from Old Dominion University with a BS in Business Administration.

In 2008 The Telephone Guy became a licensed federal contractor and since 2008, Chuck has provided telecom sub-contractor services for national telecom companies with customers in Hampton Roads and Eastern Virginia.